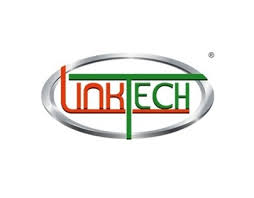 APP AND COMIC IN SEVERAL LANGUAGES: SPANISH, ENGLISH AND PORTUGUESE, ALSO A LOCATION SYSTEM THAT ALLOWS EASILY TO ADD OTHER LANGUAGES IN THE FUTURE.

Game design and development for iPhone and Android

Turn-based strategic fighting game in PVP (Player VS Player) format. Evolution of the character and his pet through the purchase of new equipment. Great aesthetic differentiation through the customization of the player's appearance.


We are an emerging audiovisual producer for Cinema, TV and INTERNET. Associated to EGEDA: https://www.egeda.es/, and registered at the Institute of Cinematography and Audiovisual Arts (ICAA - Ministry of Education, Culture and Sports). 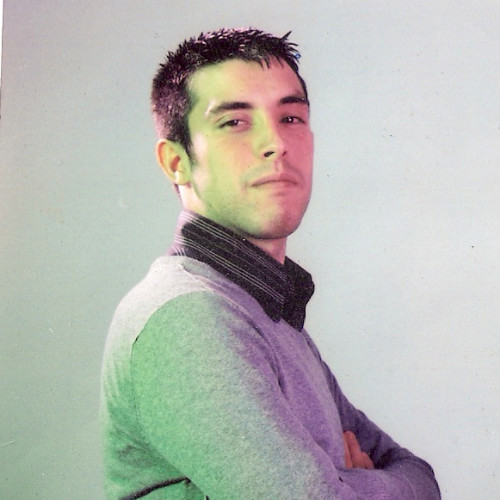 The GAME MOBILE APP is a main piece of the AUDIOVISUAL UNIVERSE: SHADOWS OF ALHENDER©, planned together with a collection of COMIC, which culminates with the realization of a film “IZHAN, THE WEREWOLF HUNTER©”, an epic feature film that combines medieval fantasy , developing the concept and reinventing it, of the classic fight between vampires and lycanthropes and inspired by the most relevant recent oriental role-playing games and video games.
ECONOMY AND BUSINESS MODEL FREE TO PLAY system with optional internal purchases. HIGHLY MONETIZABLE. The internal purchases are used to buy virtual currencies, and with them any type of affordable object of the game is acquired.
TECHNICAL CONSIDERATIONS. The requirement is that the game can be played in PVP mode (player versus player) on different and remote devices.

The GAME MOBILE APP is a main piece of the UNIVERSE SHADOWS OF ALHENDER ©, planned together with a collection of COMIC, which culminates in the realization of a film “IZHAN, THE WEREWOLF HUNTER ©", an epic feature film that combines medieval fantasy , developing the concept and reinventing it, of the classic fight between vampires and lycanthropes and inspired by the most relevant recent oriental role-playing games and video games.

Turn-based strategic fighting game in PVP (Player VS Player) format. Evolution of the character and his pet through the purchase of new equipment. Great aesthetic differentiation through the customization of aspects of the player's characters.

Elements added outside the main mechanics:

● Approach of routes in different maps (Chapters) where it is necessary to overcome certain combats to advance in history.

● History pills intertwined at the beginning or end of each chapter. These pills will be composed of illustrations and texts.

● Choice of equipment to achieve certain effects and combat strategies

● Store where new equipment and appearance configurations are acquired

The internal purchases are used to buy virtual currencies, and with them any type of affordable object of the game is acquired.

Due to the nature of the project, its development is recommended using Unity3D technology, a graphic engine that allows you to develop a single video game project and obtain an iOS and Android version without developing separate projects. In addition, having a graphic engine facilitates many functional and technical elements of video games.

The requirement is that the game can be played in PVP mode (player versus player) on different and remote devices.

The MOBILE APP’s (and even more the VIDEO GAMES), are a phenomenon that knows no limits and does not escape the comics, because more and more success sagas that transcend the big screen, literature or even “comics”.

Although it has traditionally been that comics inspire videogames, lately the trend is reversing and, as is the case with cinema or literature, more and more video game heroes are changing polygons for ink, their rendered weapons , FOR THE TRACES OF AN ARTIST ...

IF THERE IS AN INDUSTRY THAT IS NOT A GAME, THAT IS THE VIDEO GAMES / MOBILE APPS

In short, more than 50% of the revenues generated by videogames come from mobile phones (we will talk later about this newly created “submarket” that is generating an industry in itself about to exceed 100,000 million dollars) and the rest is divided almost equally between PCs and consoles.

As for geographical areas, what many (even players) are unaware of is the brutal influence of the Asia-Pacific region, especially China, Japan and Korea, where video games (and other games) are fully embedded within their culture by multiple factors (great pressure on jobs and the need to disconnect, large cities and isolation of people, great competitiveness and therefore passion for competitive games, etc.

By 2021 almost 60% of the industry's revenues will come from mobile video games. This might seem to make PC games and consoles disappear, but nothing is further from reality. The growth in these segments in absolute figures is stable year after year.

What has really happened is that mobile games have become an industry over an existing industry, and have led to brutal growth (we are talking about multiplying by two the size of the industry in 6 years) of the video game industry .

AND THIS ONLY GOES FOR MORE ...

Video games specifically and "subculture" in general are growing like foam. As we "grow older" the generations that have grown up with comics, first video games, fantasy and science fiction, we have normalized this type of leisure and have replaced almost all elements of pop culture with totally digital ones.

OUR MARKETING PLAN: THE ESSENTIAL MARKETING

● Marketing tasks to promote the product. Fundamental to ensure that the product has visibility.

● Evolution of the project, based on the interests of the user community. Once the initial version has been published, works of extension of functionalities or contents of the video game are usually carried out, in order to ensure that players do not get bored of playing with the initial contents.

With the emergence of social networks, the new way of communicating and selling has changed. The user is at the center of any marketing action, with whom brands have the opportunity to interact directly and quickly.

Every project with a presence in the network should have a Social Media Marketing (SMM) plan, especially to have a guide to where to throw, a result to measure and an action to modify, until achieving the intended objectives.

Carrying out an SMM plan we will get:

- Receive opinions from our customers and potential buyers

- Protect our brand and improve our reputation

But this is not exclusive to major brands or companies. If something good has had the arrival of the Internet, broadband and connectivity is that the smallest project can become as large as a globally consolidated brand.

The videogame is an increasingly booming sector that is transcending the merely playful. Gamification is increasingly used to capture, entertain, sell in different fields.

The gamers are usually a very sociable group. Although many games are single player, it is still a social event every time someone releases a game or buys a new console, a fact they share with the community.

Development and implementation of Marketing Plan for monetization of App focused on 3 key factors:

- Maintenance of users and improvement of ARPU (Average Revenue per User).

1. We will open profiles on Facebook and Instagram, and we will launch (we deal directly with them) at least one weekly content in each social network, to help and push the promoted management.

2. We will include in Facebook and Instagram “Attribution” and “Analytics”, to understand exactly the behavior of the user within the APP.

3. We will launch download campaigns of the application, using the technique of “prospecting - remarketing - conversion”, to be able to get downloads of the app at the lowest possible price. We will optimize weekly each of the campaigns launched, testing among the audiences that best react, and that more downloads at a lower price bring us

4. In addition to download campaigns, we will launch another very interesting Facebook and Instagram campaign: a campaign only for users who have the app installed, and have not opened it for more than 10 days, to promote recurrence.

5. Google Ads, app download campaigns for both platforms in Display and search campaigns (by application name). .

6. Download campaigns within the Google Play Store, recommended according to interests).

8. Influencers: We can search for micro-influencers with similar figures to https://www.twitch.tv/bmkibler or, in case the App has the option to create clans, sponsor the first ones through "goodies" directly with the so that they become a source of viral promotion at low cost.

STRENGTHS OF THE APP

Promotes a rapid influx of players:

Clans are created between users,

Competitiveness stimulates the player, the progression of the characters engages and encourages consumption making it addictive ...

The project is a business opportunity clearly profitable and successful over time.

The formula to achieve this is as follows: combine the classic medieval fantasy of vampire and lycanthropy movies with the world of the most popular video games: our APP.

The target is massive: intergenerational, beyond the millennials.

WE APPLY AS A LOAN € 200,000 REIMBURSABLE SEMESTRALLY LOAN + INTEREST.

(*) 8 MONTHS AFTER SIGNING THE FINANCING: 3 SEMESTER FEES CONSISTENT IN AMORTIZATION OF CAPITAL PLUS INTEREST.

MAXIMUM TERM OF TOTAL CAPITAL AMORTIZATION: 20 MONTHS INCLUDING THE TWO MONTHS OF EXCEMPTION.

Payments to suppliers shall be made against certification of each milestone executed.

SEE THE REWARDS PACK ON THE FILE INSERTED IN THE "DOCUMENTS" SECTION !!!

Our GAME APP MOBILE / COMIC will take advantage of the powerful technology of the tools https://www.applovin.com/max/ and https://lionstudios.cc/ to optimize the player experience, achieve massive adhesions and income ratios. The result: games reaching the top of the charts.

(*) (Discounted 50% of Churn Rate or CANCELLATION RATE: VERY PESIMIST ITEM, THE NORMAL IS NOT TO OVER 15%).

CIVIL LIABILITY INSURANCE FOR THE COMPUTER AND INTERNET SECTOR
We understand that the continuous evolution driven by the laws of electronic commerce, launch of online applications, GAME APP's, etc., introduce new responsibilities among which the CIBER RESPONSIBILITY AGAINST THIRD PARTIES, NETWORK SECURITY, BUSINESS INTERRUPTION or LOSS DATA, suppose new obligations that developers must face in their risk management. Therefore, our project will be secured with the following coverage.
Insurance Coverage: € 300,000
1. Intangible and Material Damage to third parties. Intended for the following computer activities .
• Project, design and software development.
• System integration.
• Design, development and maintenance of Web pages.
• Hosting.
• Domain registration.
• Advice, consulting and systems audit.
• Projects management.
• Facilities and maintenance.
2. Network security
• Organizations that maintain customer data and / or confidential information about them on the network have a legal obligation to protect this information. The result of a violation of them can result in fines and penalties imposed by the regulatory organisms around the world.
3. Business interruption and loss of customer data
• More and more companies depend on reliable electronic commerce, as well as their computer network. In online sales, database management and many other internal operations, many organizations cannot operate without their IT systems.
4. Civil Liability against third parties
• By providing content or information through websites, organizations are exposed to many of the same legal issues that apply in traditional publications, such as copyright, defamation or violation of intellectual property.
5. Coverages
• Professional Civil Responsibility
• Civil Liability Exploitation
• Employers liability
• Defense and Bail Bonds
TERMS/CONDITIONS
Sample quote:
• Insured Capital: € 300,000
• Yearly Fee: € 1,100